What is an IRP5 actually?

Quite simply put, an IRP5 is a summary of your incomes and deductions of the previous financial year (March of one year to February of the next) that are used in the calculation of how much tax you should pay to SARS for that year.

Can you guarantee me that I will get money back from SARS?

No. Each person’s tax situation is different. Various factors affect whether a person gets a refund or not. And remember, SARS doesn’t give out money, if you receive a refund, it is because you have paid more PAYE throughout the year than you should have.

Why don’t I ever get money back from SARS?

Because you were probably never entitled to a refund before.  SARS allows tax deductions for various things, whether you have a medical aid or not, whether you contribute to a retirement annuity fund or not, etc, etc. There are so many ways to legally pay less tax, and we at Lesedi Tax Services will guide you to financial freedom.

What is this administrative penalty thing I have heard about?

In an effort to get taxpayers to be more responsible about their taxes, SARS has begun issuing penalties for non-compliance.

I’ve heard that SARS can deduct money from my bank account without my permission. Is this true?

Yes. There has been recent amendments in legislation that gives SARS the authority to demand payment from anybody who owes you money for debt you owe to SARS. Sort of like a garnishee order. So if you are owing SARS money, SARS can order your employer even, to pay them the outstanding debt. Your employer, by law, is compelled to comply.

The same applies with the banks. Say for instance you owe SARS R5000, and there is R5000 in your bank account, SARS can instruct the bank to pay them that R5000. The bank does not need to ask your permission, and there is nothing you can do about it.

SARS sent me an sms saying I owe them money. What do I do?

Well, if you are a client of ours, just drop us a mail and request that we find out if it is true. If you aren’t our client, you need to enquire with them SARS directly.

There has been scam emails and smses going around where the message says that there is a refund due or money is outstanding. The scammers apparently want you to basically engage with them so that they can extract personal information from you. Bank details, addresses, contact details, IDs’, etc is the information they are after. They use it for many different things, like hacking bank accounts, email accounts, facebook accounts, etc.

What’s the difference between tax evasion and tax avoidance?

Tax evasion is the act of willfully and implicitly using deceiving tactics to pay less tax. Basically lying to SARS with intention of paying less tax. It is illegal and is a crime, and you can go to jail for tax evasion.

What is my tax number?

We get this question a lot. If you are a client of ours however, contact us and we can give it to you as we keep records of it. For everybody else, your tax number can only be obtained from SARS. You can call them or visit a branch. 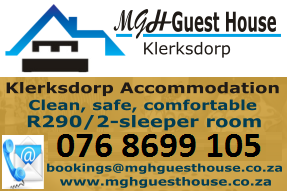